Vietnam’s economy in the past 10 years: impressive developments

Vietnam’s economy in the past 10 years: impressive developments

Vietnam’s economy over the past 10 years has made impressive development, with per capita income increasing 2.3 times, from $ 1,160 in 2010 to about $ 2,700 in 2019. In 2020, although the heavily influenced of the Covid-19 epidemic, Vietnam’s economy is still predicted by IMF and World Bank to have the highest growth rate in the world. 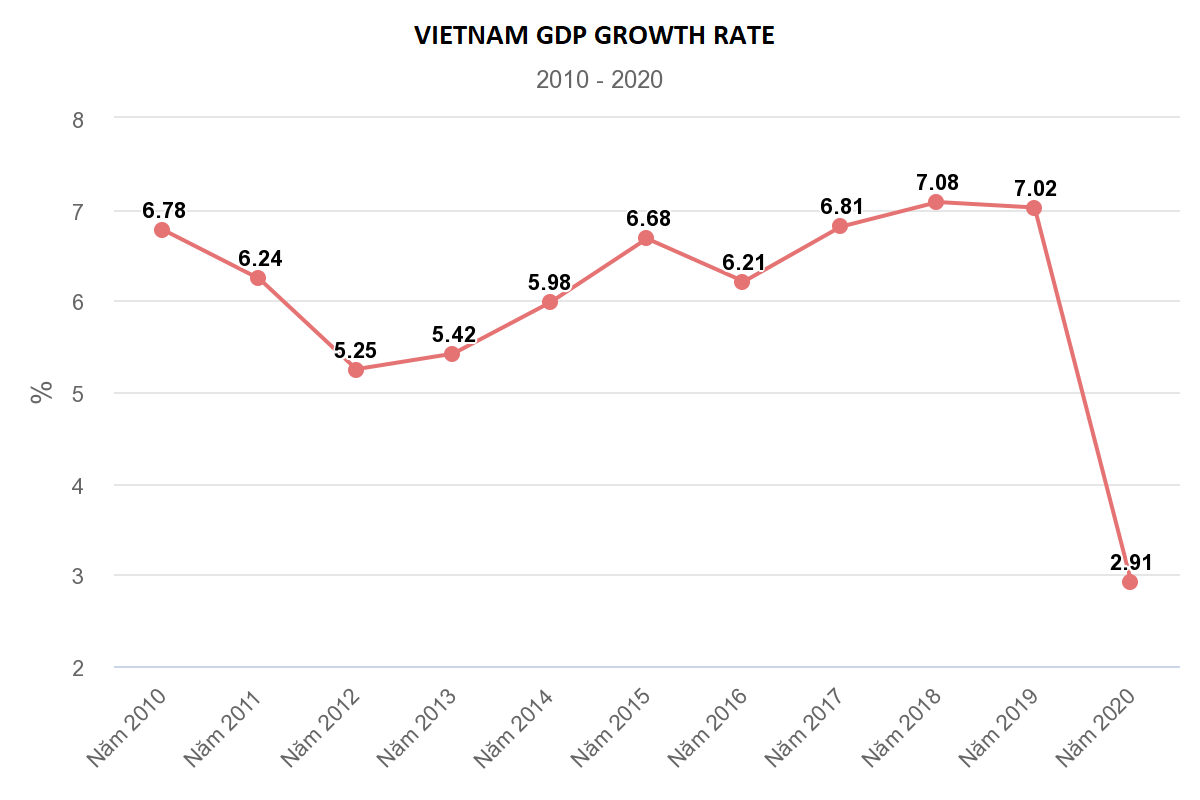 Thanks to the great balances of the state budget (accumulation – consumption, savings – investment, energy, food …) the macroeconomic foundation has been ensured, firmly stabilized: Total investment capital for social development in the period 2011 – 2020 reaches nearly 15 million billion VND (equivalent to 682 billion USD), an average increase of 10.6% / year. 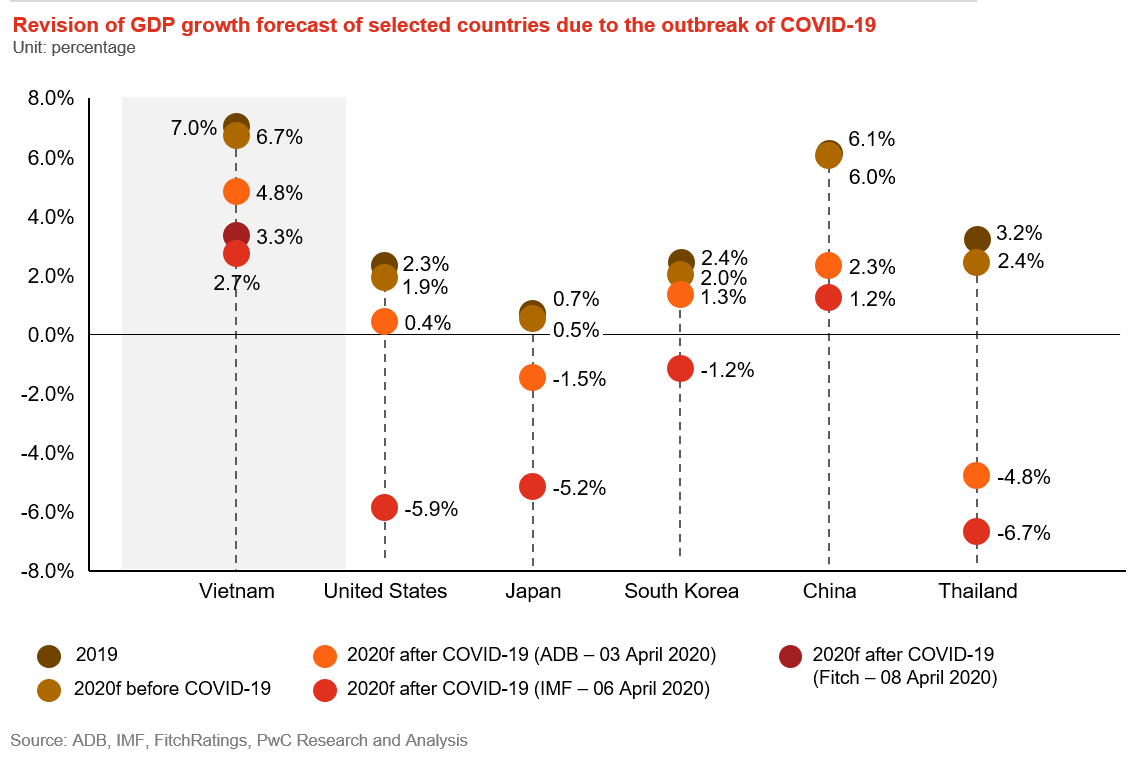 In 2019, Vietnam’s economy continued to show fundamental strength and resilience. The Covid epidemic has a significant impact on the world economy, but according to the General Statistics Office, which announced the data, by 2020, Vietnam’s GDP increased by 2.91%, one of the few countries in the world that did not forecast an economic recession.

Many economists affirm the role of FDI investment as a catalyst, promoting economic restructuring towards industrialization. Over the past years, the Government of Vietnam always strives to improve the “clean” investment environment, focusing on attracting FDI enterprises with good technology, giving priority to projects with high added value, using high technology, using environmentally friendly technology. 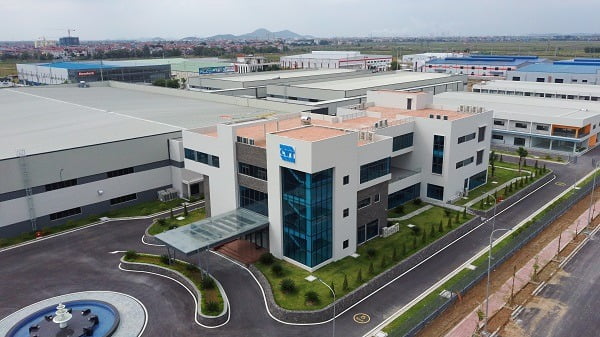 Paying attention to social security issues, striving to develop people in economic, education and health, are factors contributing to strengthening the economic foundation of Vietnam in the past 10 years.

From 2010 to 2020, the Human Capital Index of Vietnam increases from 0.66 to 0.69. Accordingly, every 98/100 children born in Vietnam will live to be 5 years old. This indicates that Vietnam’s Human Capital Index continues to be higher than the average of countries with similar income levels, despite lower levels of public spending on health, education and social protection.

Health outcomes have improved in tandem with rising living standards. Average life expectancy in Vietnam increased from 65.2 years in 1989 to 73.6 years in 2019. 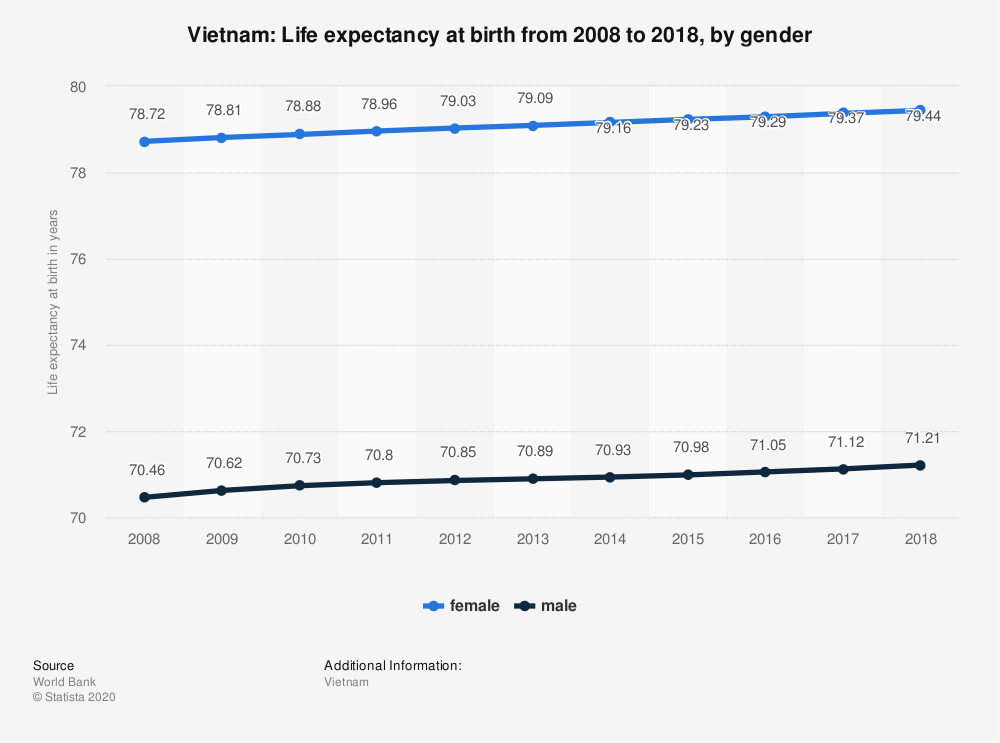 The capacity level of the labor force in Vietnam in recent years has been significantly improved. The rate of trained workers increased from 40% in 2010 to about 64.5% in 2020, creating a more productive workforce on a larger scale.

With the stable economic foundation, the trend of industrialization and modernizatio, and many policies to attract FDI technology, along with the development of highly skilled human resources, Vietnam has built an attractive investment environment over the past 10 years.